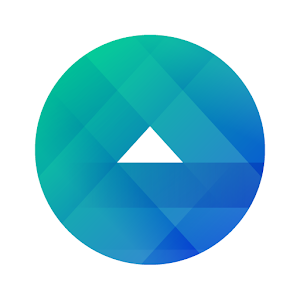 If you are reading this blog post there’s a high chance you are one of the 1.09 billion daily active users that Facebook currently has. It’s because of this number that running ads on Facebook is one of the most effective ways to gain traffic for your business. However, the road to success can be a costly one if the proper measures aren’t taken, so we’re here to help you learn of some of the biggest mistakes you can make when running Facebook Ads and how you can avoid them.

Many people encounter an issue where they had a Facebook ad that delivered great results for a few days, only to stop working soon after. Or they created an ad that worked well without having any idea how to repeat that success.

These issues tend to arise when you bundle information in the creation process.

To visualize this, in the early stages of ads testing, many marketers who want to run Facebook ads to new audiences spend time researching relevant interests they can use to target. Then they run a set of ads with all of those interests in the same ad set.

Using interests is a great way to find new audiences, but this approach makes it impossible to discover which specific interest was most effective or to find additional interests similar to the interest that brought in the sale. And that makes the ad impossible to scale.

What you can do to avoid the issue is to create a list of all of the interests you want to target and group the interests into several categories.

Then create multiple ad sets and target each one to a single group of interests. This way you’ll know which audiences are best, how large each audience is, and how to find other interests to test.

This is a prevalent Facebook ad mistake among beginners. Facebook advertising is crystallized into a sales funnel.

The sales funnel starts with awareness and ends with conversion and within it, you have the marketing objective.

It’ll become increasingly difficult to develop an effective ad strategy without first understanding what your objective is.

To avoid this, it’s important to choose the right Facebook Ads objective that aligns with your business goal at every point in your marketing journey.  Just before you start creating your Facebook ad, the ads manager asks you what your objective is. So, think about what your goal for the campaign is. Are you I looking for event responses, awareness, engagement with consumers, traffic to your site, or lead generation?

Whatever objective you select must align with your business objective and where your business is in the marketing journey. The wrong Facebook campaign objective is synonymous with building a castle in the air. Hence, this is the first step to any successful Facebook Campaign.

3. Not Understanding What You Pay For

If you’ve run Google Ads previously then you know that you typically pay per clicks, the mistake many beginners make is thinking that the same applies to Facebook Ads.

When running Facebook Ads, you pay per impression. So whenever someone sees your ad, Facebook will charge you. So, why is this such a huge deal?

Well, it enhances the need for you to create high quality ads because no matter how good or bad your ad is, you will be charged as long as someone views it. So, imagine having a terrible ad nobody clicks on and you’re still getting charged hundreds of dollars for it. It can be super costly if you don’t get your ad right.

The key to reaching your audience at the right time is to use targeting properly. One of the most common Facebook ad mistakes that beginners make is targeting the wrong audience. To run a successful ad campaign, its extremely important to know who your target audience is so do your research to find out:

As long as you understand your audience well, it will be easy for you to define them inside the Ads Manager.

When defining your target audience, you may also want to consider the Lookalike Audience option inside Ads Manager that allows you to target new audiences that exhibit similar characteristics to your current customers.

So if you already have a list of customers who regularly engage with you, you can use that to build a lookalike audience. This will help you advertise as precisely as possible and increase your ROI.

A frequent mistake found in many ad accounts is that there are way too many ad sets. Facebook’s optimization algorithm needs at least 50 conversions per ad set per week to function. So, if you have a dozen ad sets or campaigns each with just a few conversions, you’re squandering your audience and not allowing the system to optimize.

Many Facebook advertisers feel the need to create a steady stream of content—X posts per day and Y ads per day. But you’re not a newspaper that has to have fresh news to report each day. Instead of spawning more campaigns, put more money into your proven winners. Rather than putting $50 on each new campaign, go back to analyze and adjust winners before they die.

Remarketing is so effective, that even done poorly, it often yields fantastic results. But if you’re remarketing to 1-, 7-, and 28-day audiences with the same creative, you’re saying the same thing over and over. You might as well have this in one ad set, so the system can optimize to the lowest cost per conversion and benefit from 50+ conversions per week in each ad set; change up that creative and say something specifically relevant to the users in that space.

These 5 mistakes are just the tip of the iceberg but we hope these tips helped you find a way to successfully manage your way around the world of Facebook ads.