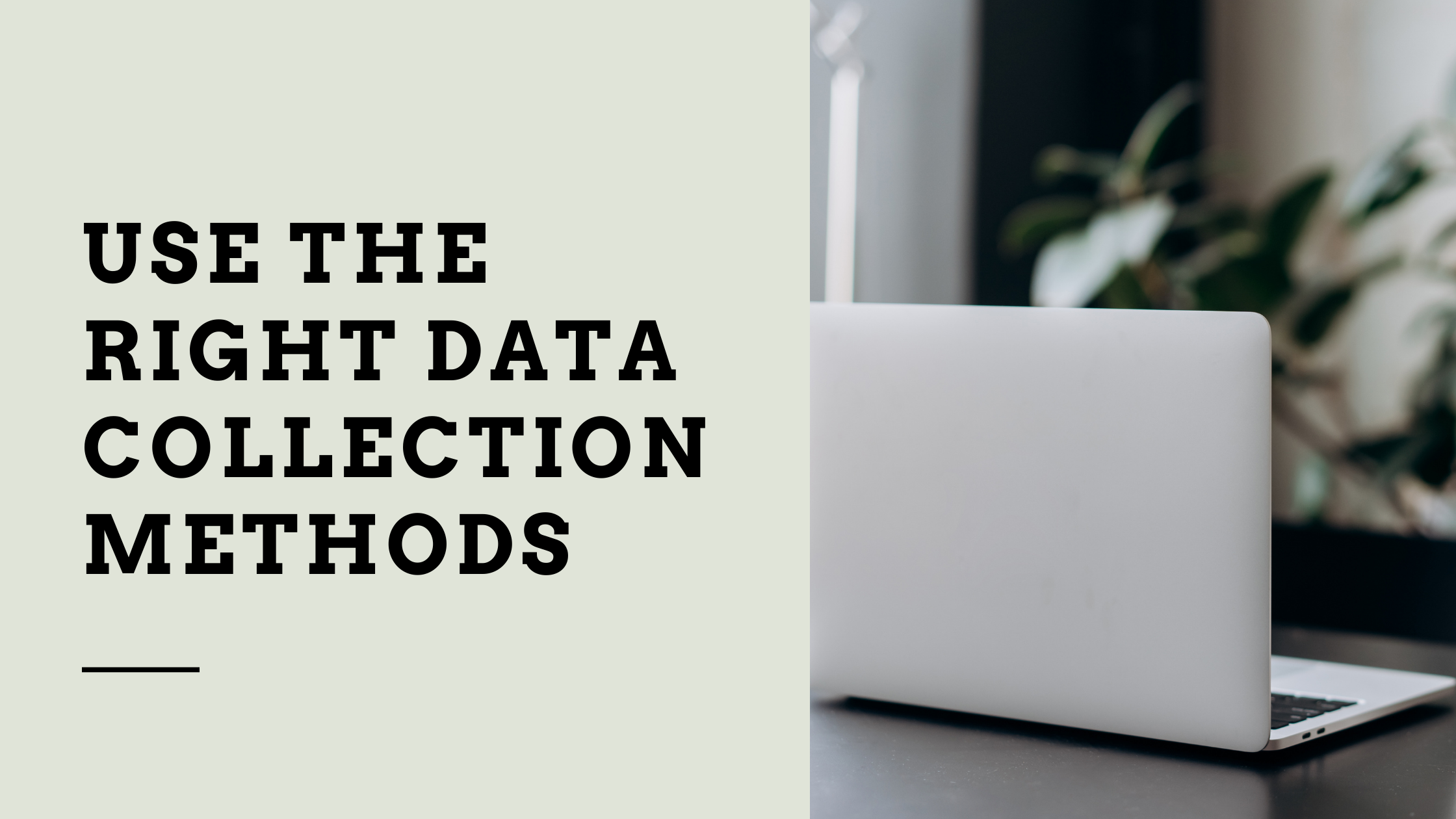 Use the Right Data Collection Methods

As our society starts to move away from the blue-collar factory jobs, technology and data are increasingly becoming the norm and shaping the way we work. This change places more demands on educators than ever before. Whether you teach in a classroom or a conference room, you need to learn how to collect and manage data.

Although data can be valuable, too much information is unwieldy and bad data is useless. Using the appropriate method of collecting data can mean the difference between useful information and time-wasting misdirection.

Fortunately, there are several tools available for primary data collection. Methods range from traditional and simple, such as a personal interview, to more sophisticated types of data collection and analysis.

If you ask someone who is not familiar with data analysis what the best way to collect information from people is, they’ll probably say Interviews.

It’s true that anyone can come up with a list of questions, but the key to an effective interview is knowing what to ask and how to ask it. Interview efficiency is critical because of all the primary data collection methods, face-to-face interviews can be the most expensive.

And although there are ways to limit the cost of interviews, e.g., doing it over the phone or through a web chat interface, sometimes an in-person interview can be helpful, as you can adjust follow-up questions based on responses in a real-time exchange.

Observing refers to gathering information without asking questions. This method is more subjective as it forces the researcher or observer to add their judgment to the data. But in some circumstances, the risk of bias is minimal.

For example, if a study involves the number of people in a bar at a given time, the data can be expected to be reasonably accurate unless the observer makes a counting error. Variables that require distinctions on the part of the observer, such as the number of men over 6ft who visit a bar during a given period of time can present potential problems.

In general, observation can determine the dynamics of a situation that cannot normally be measured with other data collection techniques. Observation can also be supplemented with additional information.

Sometimes you can collect a significant amount of data without asking anyone. Document and file-based research uses existing data for a study. Attendance lists and financial records are just a few examples of this type of investigation.

Using documents and folders can be efficient and cost-effective because you mostly use research that has already been completed. However, since the person doing the research has less control over the results, documents and records may be an incomplete source of data.

A focus group is a combination of questions, interviews and observations, and a data collection method that involves several people who have something in common. The purpose of a focus group is to add common ground to an individual collection of data.

For example, a focus group study might ask participants to watch a Movie or listen to a song and then discuss the content before answering survey or interview-type questions.

Focus groups often use open-ended questions like “How did the Song make you feel?” or “What were your thoughts on how the movie ended?” The focus group facilitator can ask the group to think about the shared experience rather than the future aspect. Open-ended questions seek a specific mindset and eliminate any outside interference.

At first glance, an oral history may look like an interview. Both methods of data collection involve asking questions. However, oral history is more accurately defined as the recording, preservation, and interpretation of historical information based on the opinions and personal experiences of those involved in the events.

Unlike interviews and surveys, oral histories are tied to a single phenomenon. For example, when we learn about the Holocaust, we listen to the stories of survivors and the first-hand accounts of those who lived through it. These oral histories shed light on the events.

In order to be useful, surveys and questionnaires need to be carefully planned. Unlike an interview, where a researcher can react to the direction of a response, a poorly designed questionnaire quickly brings the study to naught. Although surveys are typically less expensive than interviews, they are worthless if not planned properly and used strategically.

Surveys can be conducted in the form of interviews, but in most cases, it makes sense to conduct surveys using forms. Online forms are an effective way to conduct surveys. Unlike written surveys, which are static, the questions asked in online forms can change depending on the responses received thanks to conditional logic.