How to Overcome Stalled Negotiations 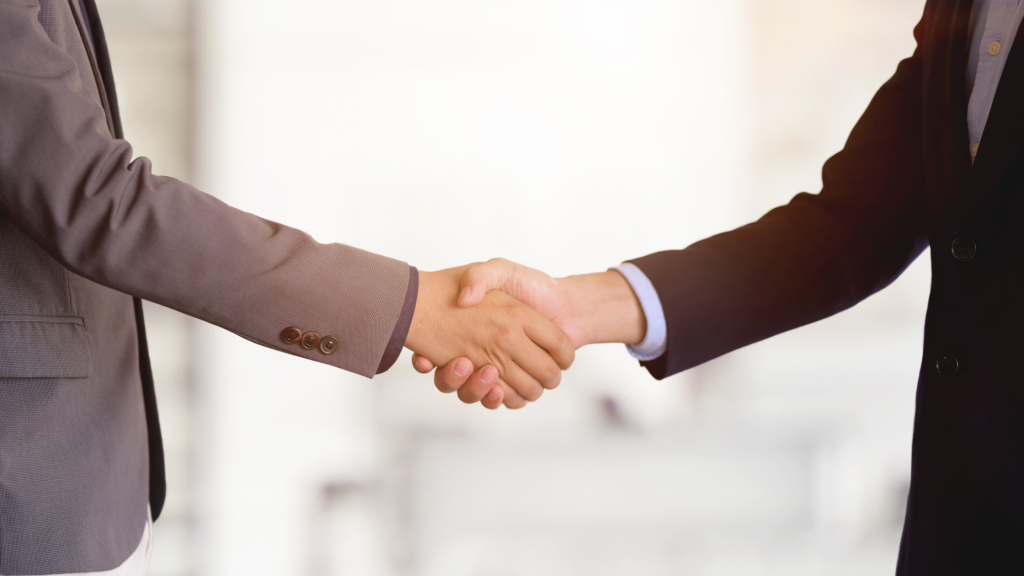 If you’re in the sales industry, you’ve experienced all of the following:

In this blog post we’re going to talk about that last one and talk about why deals stall and some tactics you can use to keep the negotiations moving.

Why do deals stall?

One thing is for sure, negotiating is an art. You come across different types of people with different upbringings and ways of doing business. People are unpredictable and picky and it’s hard to tell why some negotiations come to a sudden stop. However, there are some common themes that tend to come up when reluctant negotiators decide to pump the brakes.

Deal making is all about momentum, if you can keep the momentum going then eventually the deal will happen. Sometimes that just isn’t the case for your prospect. If the issue you’re addressing isn’t pressing enough, they might not feel inclined to buy which can cause them to stall and make the process more frustrating for you.

You’re talking to the wrong people.

There’s a chance you’re going to have different contacts that have different levels of influence and decision-making power within a company. Which means, you could be using all of your time and skill on someone who needs permission before making a decision.

Your contact is waiting on more information from within their organization.

As mentioned above, the contact you’re speaking to might not have the company’s full view in mind. They might not know what the budget is, approval for a solution like yours or any other necessary information needed to form a productive conversation with you.

You haven’t built enough trust with your prospect. 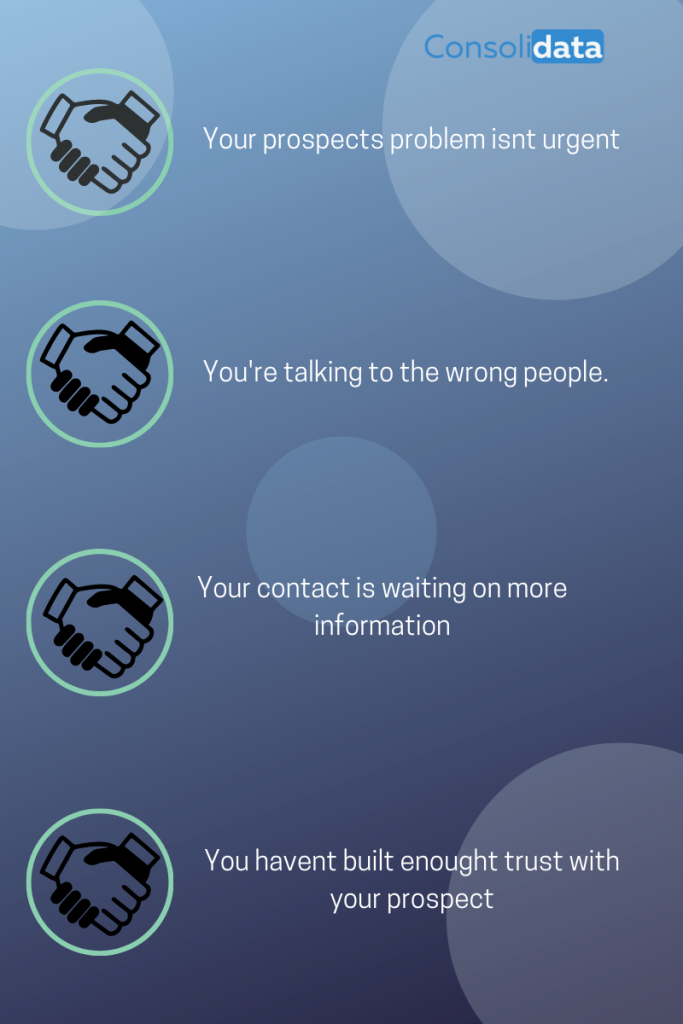 Stall Tactics
1. Reframe your product’s value
Prospects often stall when they struggle to see the value in your solution. As the negotiations continue, they may start to realize that their need for your solution may not be as pressing as they initially thought. Kind of like when you take a selfie, you think you look good in it and as you keep staring at it, you keep getting uglier.

In cases like these, try reframing the value in your solution. For example, let’s say you’ve been pushing increasing efficiency as the main selling point in the negotiations, only to find their desire in that area is dimming. Something you could do is go from, “Our solution has been known to double productivity from individual reps in just X months” to “you can expect to see an increase in X revenue from Y channel”

As we touched on earlier, trust is a key component of closing deals. But trust can be delicate. Sometimes prospects can start to get a little nervous as the finish line approaches and could cause them to lose faith in your solution or in you altogether. So, it’s important to give them some reassurance that they’ll be taken care of if they move forward.

Having proof that your solution works in case studies, testimonials, press mentions or even showing the names of prominent companies that use your service or product could be just the nudge they need to make them feel at ease about making a deal.

One thing about negotiations is that they can typically be frustrating, stressful and contentious. Especially when there is potentially a lot of money involved which raises the stakes. Naturally, the strain of a stressful negotiation can cause all of the talks to stop.

In order to ease the stress, you can cushion the negotiation talks by using “risk reversal” statements that put the prospect at ease. Reminding them that they have the option to opt out, receive a refund or ask for support along the way are some forms of “risk reversal”. Keeping prospects relaxed and comfortable is a good way to keep the negotiation talks fluid and progressive.

Don’t be afraid to flex your selling muscles. Start by closing on things like a phone number, an intro or zoom meeting. This introduces the idea of the prospect saying “yes” to you. Once you’ve made a small “sale” you can move on to bigger asks like asking to speak to the decision maker.

Stalled negotiations can be a pain. But like any other stress in life, they too are able to be overcome. As long as you employ the right tactics and stay patient, persistent and respectful you should be able to come away with great relationships and more deals.

No comments to show.